Large-scale disturbances (wind and bark beetle outbreaks) have recently occurred in temperate mountain forests dominated by Norway spruce. However, our current knowledge is not sufficient to identify whether such events have occurred with similar intensity in the past (and thus belong to the natural regime of these forests) or not. In the proposed research, we attempt to answer this question using a spatially explicit landscape model. It will be based on a landscape-forest model and using inputs from three other modules of wind speed distribution, bark-beetle dynamics and habitat assessment. The model will be validated by comparison of simulation initiated by the historical data and compared with present landscape maps; Šumava region will be used as the core region for the research. Spatial and temporal dynamics of strong winds and bark beetle outbreaks will be predicted and their possible effect on structure and dynamic of forests on a landscape scale under natural and managed scenarios will be determined. 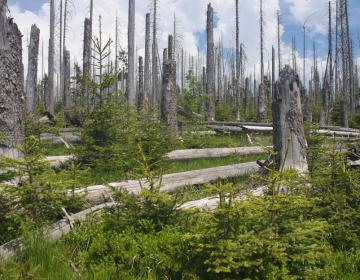 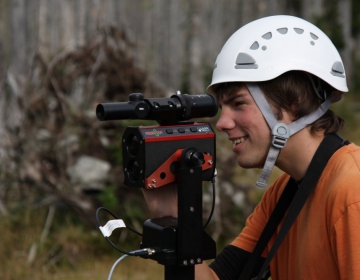