The aim of this three year project founded by the Czech Science Foundation is to assess the role of fire disturbance on forest dynamics in Central European conditions. The project aims to compare different trajectories of vegetation development and fire disturbance history within the regions with occurence of the forest types analogous to the boreal zone, where fires are essential for landscape heterogeneity and species diversity. Despite similar forests and suitable climate for fire in Central Europe, it was long seen as accidental, anthropogenic, and irrelevant to forest development in this region. However, recent studies have shown its importance during the whole Holocene. 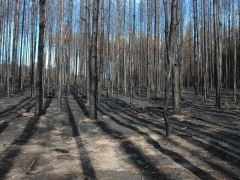 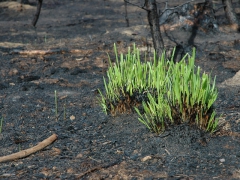 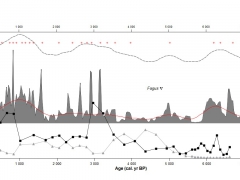 To identify the factors – including climate, human activity, and local biotic and abiotic characteristics – influencing its occurrence and impacts on forest development, we propose evaluating (i) long-term post-glacial dynamics of fire using micro-charcoal influx into sedimentary record and linked pollen records; and (ii) recent fire regimes and post-fire regeneration, based on historical documents, field observations, and sowing experiments. This will enable us to find: